Ownership and Borrowing in Rust

Rust is a very unique programming language. It gives you low-level control over your code and the ability to manage memory without allocating it or de-allocating it with specific commands (although that is also possible with the unsafe keyword). One of the ways that Rust can guarantee memory safety without a garbage collector is by implementing the concepts of ownership and borrowing into the language.

Ownership is the way that Rust manages memory. It is a set of rules that the compiler says must be followed in for your code to compile.

The very basic ownership rules in Rust are:

scope refers to the lines in the program where a variable is valid.

drop is a function that Rust calls on variables allocated to the heap, that frees up memory for that variable when it goes out of scope.

In this very basic example, the variable dog_owner is the owner of the String "dog":

When the program reached the }, the variable dog_owner goes out of scope and drop is called on it to free the memory it had allocated to it.

In the next example, the ownership of the String "dog" is moved from dog_owner to dog_trainer:

At this point, the variable dog_owner is no longer valid. We can verify this by trying to print out the value of dog_owner:

In other languages, you would expect that dog would be printed to the console, but in Rust this creates an error:

In the console, the error line value borrowed here after move means that we tried to borrow the variable dog_owner by passing it into the println!() macro, but it was already moved to dog_trainer so this is not allowed. Borrowing will be explained in the next section.

To start, let us define what references are: a reference is a variable that refers to another value, but does not have ownership of it. When we pass a reference variable into a function, it is said that the function is borrowing that variable.

For example, the function rent_movie() is borrowing a reference to the movie variable:

So far, so good. But what if we try to modify the movie in rent_movie()?

This will not compile! As shown in the following error message, references are immutable in Rust:

This error illustrates something very important about Rust— all variable are immutable by default! Typically, you would use a reference variable if you just wanted to read its value and not modify it. However, this error can be fixed by making movie mutable. That is, make it so that its value can be modified. We can do this by adding the mut keyword to the variable declaration and also make it so that rent_movie() accepts a mutable String as a parameter:

The main takeaways from this post are: values can be moved to different variables, but can only belong to ONE variable at any given time. If you want to temporarily pass the value of a variable to a function, you can pass a reference to that variable to the function, and the function will borrow the variable and then give it back after the function returns. There is a lot more to this topic, but I will leave it there for now! 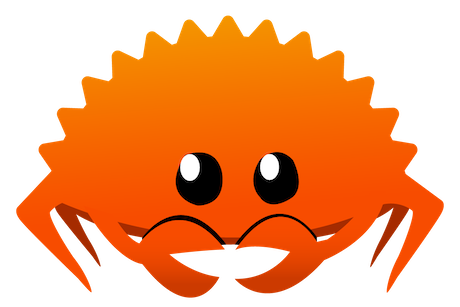 Calder Trombley is a developer who lives and works in Calgary and builds (mostly) useful things. You should follow him on Twitter